When You’re Tired Of Being Brave Facing Depression 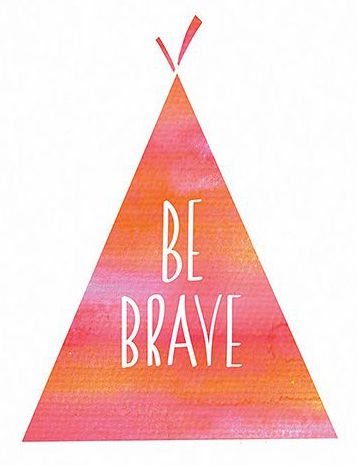 The other night when I was going to bed, I told my fiancee that I was not sure I could “do another day  like today.”

He quickly asked me what I meant when i said that and I had to run away because I wasn’t brave enough to say it out loud….I can’t take pain like this again for one more day…Or I may have to disappear…forever.

He didn’t run after me because he knew I wanted to be alone with my tears. I had been crying all day long over this excruciating pain which I can only describe as pain over my pure existence.

See, when someone does not suffer from the lowest of lows of depression, there is no way to truly describe what is exactly “wrong” because it’s not one of those quick fix problems like, “Oh I am sad because someone said something rude to me, or “I’m sad because the girl or boy I like doesn’t feel the same way”, it’s not something that is easy to articulate.

Really saying what is going on in your mind that is making you so depressed is too embarrassing to say out loud because it will sound a little crazy and not make any sense.

Fantasizing about “going away forever” gives you sense of comfort, like you have a choice whether or not you will endure this type of pain again. If you can tell yourself that you are not strong enough or too tired to do it anymore, that sense of admitting defeat allows you to see that you can wave the white flag of surrender in a way that could have permanent consequences….but you are only thinking of the pure bliss of that horrific pain being gone.

There is nothing pretty about Depression. It is one of the ugliest things I have personally ever witnessed and no matter if you are a super model, athlete, movie star or a homeless person on the street, when you look in the mirror your eyes look  vacant, you look pale and depleted of life and that just makes it worse.

It’s certainly not attractive to talk about it, especially because of the stigma the majority of the population has about Mental Illness in general. That is why most everyone, like myself before I began writing to help heal this perception, goes into total isolation and shuts everyone they love out of their life.

It’s the isolation that can kill you. The hours, days, weeks or months you spend hiding out as if you have leprosy and don’t want anyone to catch it. You can’t let anyone see you this way because they will take you to the hospital on a 51/50 psychotic hold or tell you that you are crazy or nuts. Such cruel labels we fear when it’s our brains that have turned against us and not the other way around.

When there is a suicide in the news, people make comments like, “She seemed so happy” or “He was such a good Father and Brother”, but they are baffled at why they would take their own life before coming out and asking for help. It’s because Depression and Mental Illness steal the joy from you and blind you from your blessings.

It seems as though people who don’t struggle with depression feel as though they can relate or judge because depression is usually described as “having the blues” or “sadness lasting for weeks” when in reality it’s much deeper than that.

If I were to be 100% honest about what it feels like I would tell you that it feels like a horrible nightmare that you can’t  wake up from. It’s like being forced to walk down the worst neighborhood in the world with people throwing knives and shooting at you but you have no protection. It’s a broken record player in your mind that you are tied up to all day and night repeating the worst possible things you could ever imagine someone saying to you.

I believe people can relate with sadness and desperation but the difference is when a depressed person goes to low levels of sadness their only option for them in the depths of the pain they are experiencing is to take their own life or “disappear and escape”.

When you love someone who suffers from Depression or any Mental Illness, you don’t need to tell them that you can relate because you really can’t, please don’t tell them to snap out of it or that they should be grateful for all the great things they have in their lives. We know that and hearing that makes it worse.

What you can do is remind them that this dark place will pass because it always does and that you love them no matter what, their dark side as well as their light side.